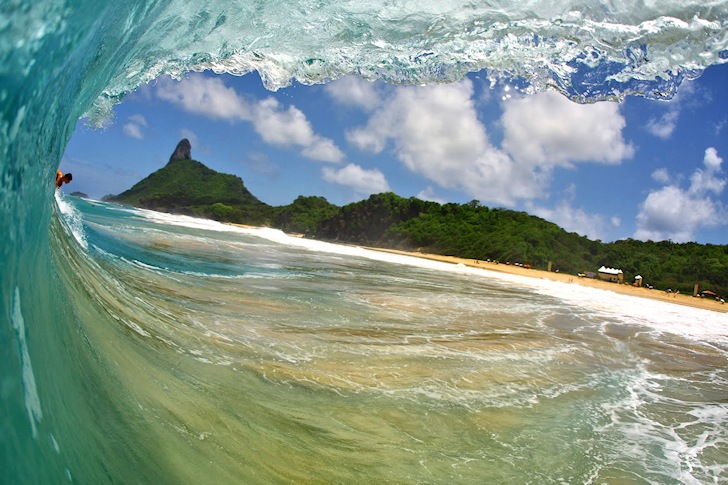 The hottest part of Brazil is the northeast, where temperatures of more than 38°C (100°F) are frequently recorded during the dry season between May and November. Along the Atlantic coast from Recife to Rio de Janeiro, average temperatures range from 23 to 27°C (73-81°F).

South of Rio the seasons are more defined and the range of temperatures significantly wider, with the annual average falling between 17 and 19°C (63-66°F).

Waves are everywhere. The Brazilian coast has some of the best surf spots in the world. You can catch waves in an empty spot or you can join the incredible local surfers in an urban metropolis. There are more than one million surfers in Brazil, a true surfing super power.

Fernando de Noronha, an archipelago of 21 islands and islets in the Atlantic Ocean, also holds one of the best waves of Brazil.

Brazil has one of the most magic waves in the world. The river wave of Pororoca, 13 kilometers inland upstream on the Amazon River, is a natural phenomenon caused by the moon and the tides. You can only ride this tidal bore wave from time to time.

The brown piranha-infested water might scare a bit, but the ride is an eternal life experience. The longest time captured on tape riding the wave is by Brazilian surfer Picuruta: 43 minutes.